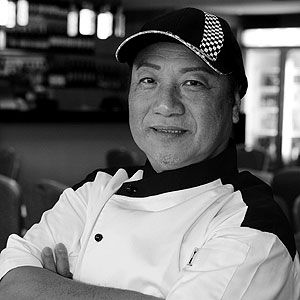 History:  The son of an eminent chef, Jack was destined for a culinary career.  Aged only 15 he started his apprenticeship at ’s Red Ruby Restaurant, underwent four years of intensive training at the renowned Lu Kwok Hotel under his father's strict supervision, and from there went on to work at restaurants throughout Hong Kong.

Their dream of a new future took Jack, his wife and their four children to Sydney in the early 1980s.  Jack secured a position at Central Restaurant in , quickly establishing his reputation and even making a television appearance on Good Morning Australia.  He later moved to the Gold Coast, working at numerous restaurants of renown before being head-hunted by the owner of Hung Kee in , .  Returning to the Cantonese style cooking of his early career, Jack produced a number of recipes still used and revered to this day, including the special roasted pigeon, secret beef fillet steak with wasabi, and braised mud crab with hua diao rice wine.

During the 90s, Jack worked as Head Chef at the Tang Dynasty Restaurant on Hamilton Island, where he cooked for many prominent figures including George Harrison, Lee Marvin, Rupert Murdoch and Gai Waterhouse.  Later that decade he once more returned to Sydney, becoming Head Chef of the  head-hunted again - this time by the new owner of East Ocean Restaurant, where he managed three kitchens.

In 2003 the Honorary Henry Tsang, OAM, MLC commissioned Jack to create a banquet featuring kangaroo as the main ingredient - a venture that earned him a gold medal for his creativity and skills in contributing to the export market.

Cooking style:  Jack is renowned for his ability to think ‘outside the wok’, adding a contemporary twist to classic Chinese cuisine.  Known as the ‘king of crab’, he specialises in dishes like deep fried live mud crab tossed in salted egg, creamy mud crab stir fried in milk, and black pepper sauce mud crab. 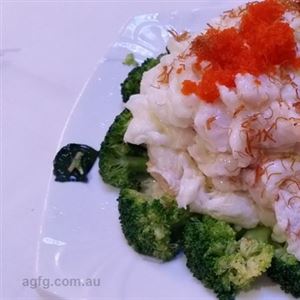 Whether craving traditional favourites or crispy, deep fried treats, pay a visit to Grand Pearl Seafood Restaurant on Canley Vale Road for sumptuous Chinese and Hong Kong cuisine. A welcoming atmosphere greets guests into a warm room suitable for casual family dining and intimate occasions or for hosting events of all kinds in a private function room upstairs complete with elegant chandeliers and audio capabilities. Sparkling tanks of live seafood hint at fresh produce to come with Grand Pearl specialising in live seafood cooking alongside creative wok fried dishes crafted from family recipes passed down through generations. Share in a barbecued specialty like crispy skinned Peking duck, sliced at the table and served with accompanying pancakes, spring onions, cucumber and hoisin sauce.