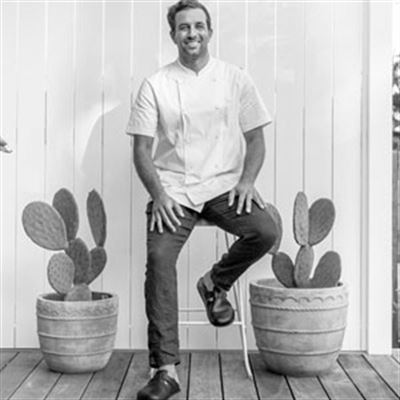 Born:
Genova, Italy
History:
I started in Genoa, where my friend had a catering business and I would help out during university studies in business administration. Three days after getting my degree, I was on a plane to Australia.
I did a couple of demos in store for Barilla pasta, but my first real kitchen experience was in Sydney at Da Mario in 2012 – a really good Italian crew and the Chef Franco Bortignon was a master of rustic and authentic cuisine.
I moved to Byron Bay with my fiancée in 2015 and started at Cicchetti, another Italian joint full of interesting characters from Venice, where Aperol Spritz was a religion.
After working at Beach Byron for a year in 2017, I started my own catering business – TERRA Catering - for weddings and private dinners.
Then with a few local boys – Joey, Felix, Achille and William – we opened Di Vino Byron in Fletcher Street. We have been up and running for more than 2 years and have had such a positive response from within the community.
Have you always wanted to be a Chef?
Until I was 13, I was always at my Nonna’s after school as my father worked late. Nonna Linda was a great cook – focaccia, lasagne, ravioli, Milanesi…non-stop. I guess that is where my love for good food started.
On the other hand, I never thought of myself becoming a Chef, because it didn’t seem like the right job. Every other person who was working in a kitchen back home looked tired, stressed and they were always complaining.
Well, Italians are so good at that!
How would you define your style?
Inspired by the Southern Italian Riviera, mostly because of the produce similarities…I love using a lot of fresh fish and light produce. I keep it simple!
What is your feature flavour these days?
Nduja oil.
Obsessive-compulsive about?
Flavour.
Your greatest culinary influence:
Antonio Cannavacciuolo
What do you love about this business?
The people and the challenge.
An ingredient you can’t live without?
Salt and olive oil.
Most ‘eyebrow-raising’ menu item?
Fish balls – swordfish, pecorino sardo, mozzarella, pine nuts, raisins and nduja
breadcrumbs.
Signature dish:
Black squid in spaghetti alla chitarra – spanner crab, chilli, garlic, confit tomatoes, smoked butter and saffron. 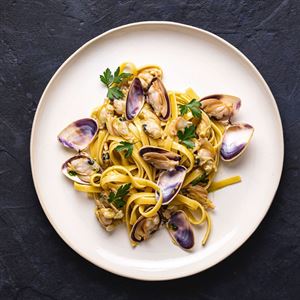 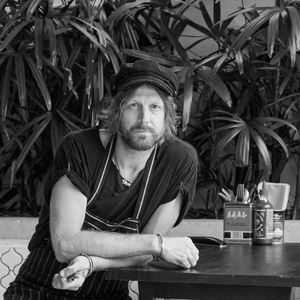