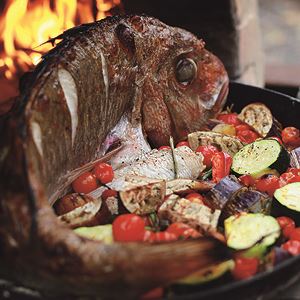 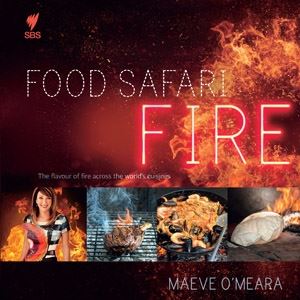 Three hours before cooking, light the fire to one side of your oven.

Two hours before cooking, using a sharp knife make 3 shallow cuts through the flesh on both sides of the fish to help it cook evenly, rub in sea salt (using the same amount that you’d normally season with), stand the fish up in a heavy cast-iron pan, add the chopped vegetables to the pan with some chilies, capers, saffron, white wine, olive oil and freshly cracked black pepper.

In your already hot wood-fired oven, throw in some kindling to flare the fire.

Bake the fish and vegetables in the hot oven for about 5 minutes, checking that the fish is crisping up and the vegetables are sizzling.

Once the fish is cooked through and out of the oven, garnish with watercress and a squeeze of lime to taste, and serve in the pan.

Credits: This is an edited extract from Food Safari Fire by Maeve O’Meara published by Hardie Grant RRP $55 available in stores nationally.

Photo Credits: This is an edited extract from Food Safari Fire by Maeve O’Meara published by Hardie Grant RRP $55 available in stores nationally. 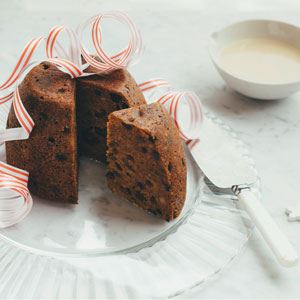 Enjoy surprising guests at Christmas with a twist on the classic pudding! If you are short on tim... 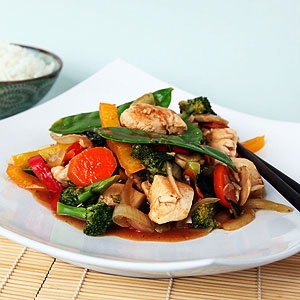 We need five serves of vegetables daily to provide vitamins, minerals and antioxidants and this d... 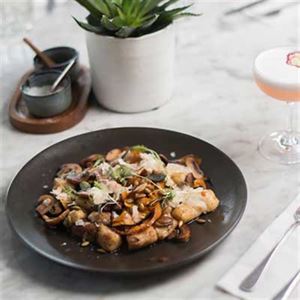 “Gnocchi is one of those dishes that makes you excited and inspired. It’s challenging and rewardi...