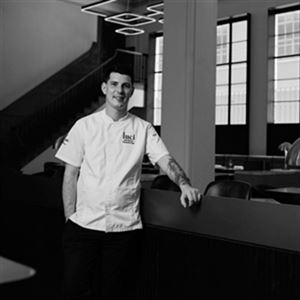 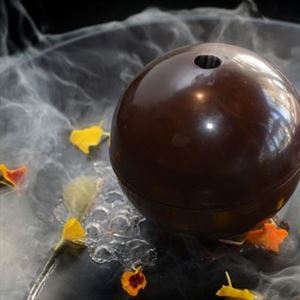 Arriving on the Gold Coast fresh from working in Sydney, and more recently, Melbourne’s busy restaurant scenes, Sam’s nine year career as a chef has seen him work in some of Europe and Australia’s best kitchens.
"I’ve worked in some great restaurants since living in Australia, including Greg Doyle’s upscale Sydney restaurant Pier and CBD favourite No41 Chifley Place,” said Sam.
Before joining the Gold Coast team, Sam was working at Sofitel Melbourne On Collins’ signature restaurant No35, where he says he enjoyed an inspiring view 35 levels above Melbourne and an equally inspiring contemporary menu.
"After arriving from the UK, it was great to work in Sydney and Melbourne and be inspired by what Australia’s two busiest cities had to serve up,” he said. "I certainly loved the eclectic and modern approach we took at No35 in Melbourne, and think I have a great opportunity it bring that similar urban-style elegance to the classic yet casual dining approach of Room81.”
Have you always wanted to be a chef?
As my father is also a chef, I grew up in kitchens. My passion for good food continued to develop as I got older and had the good fortune of working with and learning from great chefs both in Europe and here in Australia. Chefs such as Stuart McVeigh with whom I worked with at No35 were a great influence on me, they helped and encouraged me to develop my own style. I can’t imagine any other life other than in a kitchen.
How would you define your style?
Although predominantly European-influenced, I love experimenting with modern techniques and modern dishes. I love using different utensils such as smoking guns, liquid nitrogen and sous vide methods.
Obsessive compulsive about?
Consistency and using the best quality produce.
What do you love about this business?
The possibilities and opportunities to try new things.
An ingredient you can’t live without and why?
Salt – it enhances the flavour of every dish, be it savoury or sweet.
Most "eyebrow raising” menu item?
‘Valrhona Chocolate Sphere’ – brought to the table as a round ball of chocolate deliciousness, it is then smashed in front of the guest to reveal chocolate soil, homemade honeycomb, orange jelly with chocolate ice cream and orange sorbet.
Signature dish:
‘Wagyu’ - kobewagyu rump full blood marble score 9+, braised cheek, mushroompuree, caramelized onions and sauce bordelaise.