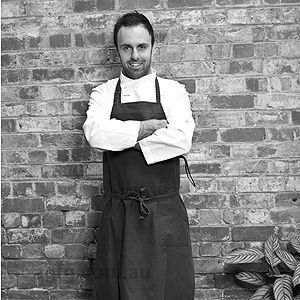 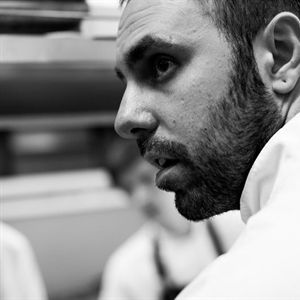 Born: Milano. Moved to Torino, Piemonte at age 5
History: At age 17, I realised food was my passion so I moved to London in September 2002 and worked at Locanda Locatelli, which was my first Michelin star restaurant for two years. From here I started to work with Monica Paolasini at Locanda Ottoemezzo in London where I got a large knowledge working as Chef de Partie.
I wanted to try something new so I moved to Los Angeles in 2005 and landed a job to help with the opening of Ristorante Il Fornaio, which is a large upscale Italian restaurant. Once the restaurant opened I moved on to working as Chef de Partie at Compagnia Botte as well as Piccolo Cipriani.
In 2006 I was asked to move back to Italy by Monica Paolasini to help with the opening of her restaurant Ristorante Bel Ami Punta Ala in Tuscany, which specialised in meats. Once the restaurant had launched I moved back to my home town in 2006 and worked at Ristorante Birichini (1 Michelin Star restaurant) in Turin as their Chef de Partie.
In February 2007 I landed my first head chef position at Ristorante UCHI in Turin, specialising in fish from Northern Italy. After a year, I decided it was time to move to Australia where I started working at Grossi Florentino as their sous chef. Mains & sauces became my speciality.
In April 2012 I began working a short term with Sarti as their sous chef, to help manage the kitchen. From here I moved onto Stokehouse as Sous Chef and then Sosta Cucina where I was committed as their Head Chef.
In March 2013, I was given the opportunity to move back to Sarti, where I have now joined the Sarti family. With a commitment to lead a bistro style eatery, while a fresh new menu that focuses on traditional Italian cuisine.
Have you always wanted to be a Chef? No, fell into the profession. Use to work at a restaurant in the summer during school and became more interested as the years went on.
How would you define your style? Always faithful to my roots. I get a lot of my inspiration from my Italian traditions that were passed down, with some of my own modern twists.
Your greatest culinary inspirations/influences: One of my biggest influences throughout the years has been working with Giorgio Locatelli. I've gained a lot of knowledge while working with him. He has a very strong Italian influence to his food which is very inspirational.
What do you love about this business? Love working with the seasonal flavours and creating new dishes with each season.
An ingredient you can’t live without? Pasta!
Most ‘eyebrow raising’ menu item? Beetroot tagliatelle with homemade venison sausage and parmesan fondu.
Signature dish: When truffles are in season I love to make Ravioli del Plain which is a traditional dish from my home town. However I put my own twist on the filling. 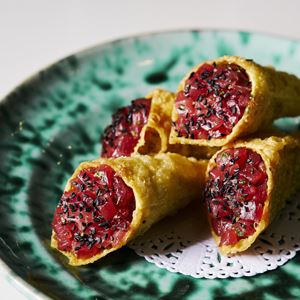