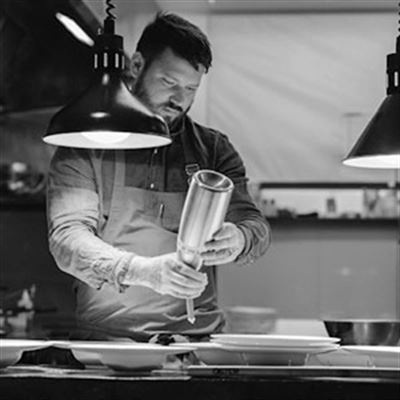 Born:
Brescia (Italy).
History:
I’ve worked in kitchens all around Europe, starting from my own city to Ireland, Greece, Dubai, Spain, England and back to Italy in Tuscany before coming to Australia.
I’ve worked my way up from trattorias to Michelin starred restaurants.
It took many sacrifices and time to get where I am today, I was lucky enough to be surrounded by a supporting family and friends. I wouldn’t have made it without them.
After 20 years in the industry, I finally managed to open my own restaurant with my friend and business partner Osvaldo Tognella.
Oster is a cosy and modern version of an osteria, the name itself means ‘host’ in our language.
Have you always wanted to be a Chef?
When I was 13, I was asked what I wanted to become when I was older.
I didn’t have any idea about it and I ended up choosing culinary school as I had heard that Chefs were able to work in exotic places and earn a lot of money (not everyone).
I ended up doing 5 years of culinary school and after that I started my cooking career.
It didn’t start in the kitchen, cooking with Nonna at the age of 6 like most of other Chefs.  but I can tell you that my family are all amazing cooks.
How would you define your style?
I’ve always been a rule-breaker and never liked to put a label on my style, so I can tell you that my style doesn’t have rules or boundaries.
We used to say ‘cook free or die’.
What is your feature flavour these days?
Earthy, smoky flavours.
Obsessive-compulsive about?
Cleaning.
Your greatest culinary influence:
Entiana Osmenzeza and Kevin Gallagher.
What do you love about this business?
We are able to create social connections like no others, co-workers become family and family become part of the team.
It’s a tough industry but it’s like a drug, you never have enough of it.
An ingredient you can’t live without?
Salt
Most ‘eyebrow-raising’ menu item?
Chicken on pizza, or pasta is a big NO NO NO.
Signature dish:
Casonsei all Bresciana, Heidi Tilsit foam and sage. 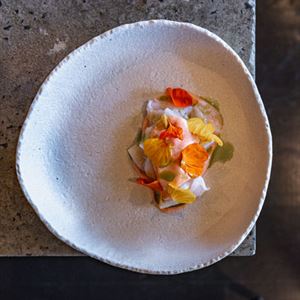