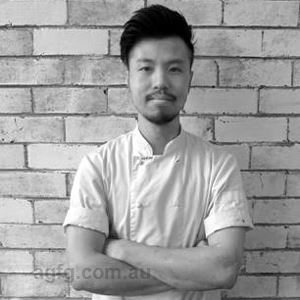 History:
I have been based in Hong Kong for most of my career. I started off in a small French style bistro, I later moved through various luxury hotel chains to develop my skills at fine-dining establishments within those hotels; these included Le Meridien and W-Hotel. I eventually got a break when I joined the team working under Australian chef/director Chris Woodyard and Head Chef Andrew Braham, at the Michelin star Madam Sixty Ate. It was a fast and furiously paced kitchen, which changed me as a chef; it gave me a desire to explore what else was out there in the culinary world. After that, opportunities led me to Sydney and also to a stint at Chiara in Melbourne. The unique café culture in Melbourne was a complete surprise to me, the blend of pretty much anything goes for a breakfast but yet delivering intricately crafted food in such a casual manner was definitely a far cry from the standard fare I was used to – it was like a fine dining menu that you’d see in a hotel, but for breakfast!

Have you always wanted to be a Chef?
Creating and developing dishes for customers and seeing how their eyes light up when the plate lands on the table is the best moment for me, it makes me want to cook. The endless creative challenges and the sense of accomplishment when you succeed makes it very rewarding.

French Classical, with a modern twist.

Cleanliness and order. I’m obsessively wiping down the kitchen and bench after every single plating; I also like to ensure the next day’s prep is in a neat and orderly manner.

My influences have been directly from those who I have worked with, being primarily where I started at a small French bistro, where I learnt all the base French style techniques, where my mentor Chef Qun was immensely supportive of my creative drive. The others would be working with the crew at Madam Sixty Ate, especially Chef Andrew ‘Gomez’ Braham who is an amazing creative genius.

How everyday and every restaurant is different. There is always something new to learn in the culinary world and opportunities to create and re-create. You never stop as there are new things to learn, challenges and rewards.

An ingredient you can’t live without?
Garlic, shallots and onions. I just love to have them in the dishes I create. They seem to be such an understated ingredient, but yet so versatile and their ability to bring out so many flavours when combined is what I look for. 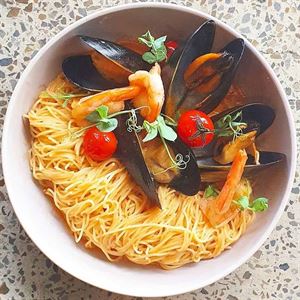