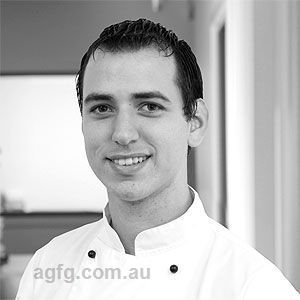 “Just like any business, to stay ahead of your competitors you need to be constantly updating and refreshing”

After a stint as head chef of Brett’s Wharf and Tank Restaurant in 2012 ended with the restaurant shutting its doors, young chef Deniz Coskun longed for a further challenge. .
Used to being in charge of a large team, running the daily operations of the restaurants, facilitating the on-and-off-site catering division, which looked after many large and notable events (including the 3000 person Virgin Blue Charity Balls), Deniz found his next port of call within of Queensland’s longest running hospitality groups, Mantle Group, being appointed executive chef of Brisbane’s Pig ‘N’ Whistle, situated on Queen Street.
“2013 is the year I come out of the shadows and head up my own team of great chefs,” Deniz says.
“After Brett’s Wharf closed last year, I was keen to find a new challenge. Mantle Group has been operating in Brisbane for nearly 34 years and I really respect their attention to detail and true ‘paddock to plate’ ethos.”
“For years I have been working with local farmers and producers to source directly and gain a solid understanding and respect of where our produce comes from.”
As the new executive chef, Deniz will be working with the head chefs and kitchen staff at Mantle Group’s nine venues to bring a modern touch to each menu. Additionally Deniz will also be working with the team at Mantle Group’s central kitchen at East Brisbane, which provides each of the venues with kitchen essentials.
“Just like any business, to stay ahead of your competitors you need to be constantly updating and refreshing,” Deniz said.
“That’s what I’ll be setting about doing. It’s about perfecting what we do even more and being the best at it."
“My primary focus is to work with the head chefs to ensure we are using the best quality ingredients, serve them in a way that allows the ingredients to speak for themselves and provide a modern twist to our popular dishes.”
During his eight year tenure, the two restaurants received many positive reviews and accolades. One in particular, was Tank Restaurant and Bar making the highly coveted Australian Hot 50 Restaurant Awards list. With more than 11 years of experience, Deniz and has had the opportunity to work with some of the greatest chefs, while working under celebrity chef Alastair McLeod.
“Working with Alastair was challenging, inspiring and very rewarding,” Deniz says. “He helped make me be the chef I am today.”
Alastair says Deniz has always been destined for greatness within the industry.
“As Deniz moved through the ranks, he worked harder, longer and smarter than his peers,” Alastair said.
“As a leader, he has a unique set of skills. Not only does he cook with taste, restraint and accuracy, he mobilises, motivates and inspires all around him to perform at the same consistently high level."
“My commendation of his abilities is unconditional and I will continue to watch his culinary journey with immense pride.” 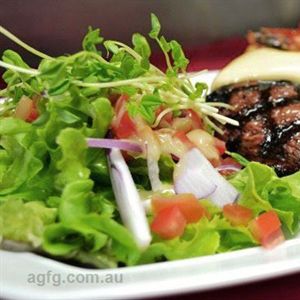