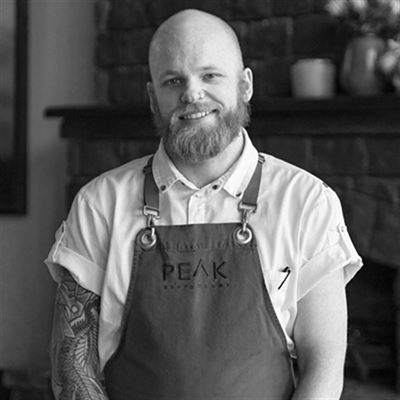 Hellenic Republic Kew, Melbourne – Head Chef
Who Projects, Melbourne – Culinary Director | Executive Chef
West of Kin, Melbourne – Head Chef
EXP Restaurant, Hunter Valley (1 Hat)– Sous Chef
Tokyo Tina, Melbourne – Head Chef
Nieuw Amsterdam, Melbourne – Senior Chef de Partie
The Woods of Windsor, Melbourne – Head Chef
Vue de Monde, Melbourne (3 Hats) – Sous Chef / Chef de Partie
Restaurant Gordon Ramsay, London (3 Michelin Stars) – Chef de Partie
Heston Blumenthal’s The Fat Duck, England (3 Michelin Stars) – Chef de Partie
Movida Next Door, Melbourne
Pei Modern, Melbourne
It turns out it is not only the diners at The Peak restaurant who delight in those vast mountain views up at Spicers Peak Lodge.
On the other side of the pass, Head Chef Dean Alsford will often catch a glimpse of a breathtaking sunset beyond the dining room and the terrace outside, and marvel at where his meandering journey as a chef has brought him.
‘Honestly, you’d be pushed to find anything else like it in Australia,” Alsford says.
"Every day from around 4.30pm you start at the pass, and you’re looking out through the restaurant to those ranges, and the sunsets are phenomenal.”
At 1100m above sea level, two hours south-west of Brisbane, Alsford marvels at both the location and the restaurant theme he’s inherited here - The Best of Australia on a Plate.
It might sound like a chef’s dream role, to be sourcing the finest produce from around the country, but as many a regional chef will tell you, there are some fierce logistics required to get deliveries through the door of a remote kitchen.
Alsford works hard with his suppliers to make it happen and this is a side of chef life, he is certainly no stranger to.
In his previous role as Executive Chef at the Melbourne-based 400 Gradi Group, with seven venues in the city, more dotted around the globe and on P&O cruise ships, he led a team of close to 200 chefs.
"It was a very big job… great experience in organisation and time management,” he says.
Alsford enjoys working with the Best of Australia theme.
"It is something I am very passionate about,” he says, before launching into a list of his favourite recent finds.
It includes Blue Mountains squab that he barbecues over coals and serves whole; and 9 score wagyu from Mayura Station, founded in 1845 in South Australia who also supply three Michelin-starred restaurants in Macau and Singapore.
At The Peak, the ‘best of’ ethos is taken multi-level – it’s about the produce, the people who grew it, the plates it’s served on and those serving it – as well as staying true to the ideals around Australian food.
"We’re such a young country, with so many culinary influences, it’s only really in the last 10 years that we’ve had a defined cuisine,” Alsford says.
"Including a dedicated informed gaggle of Australian chefs, it took a Scandinavian chef (Denmark’s Rene Redzepi) to come to Australia and highlight what we have and what we were not using.”
"As a chef, especially in regional Australia, it showed me that we need to be looking in our own backyard rather than overseas for incredible produce.”
Alsford has moved to Queensland with his wife, Tamika, and two-year-old son, Indi, and their two dogs and a cat, and they are loving the change of pace from city life.
"We are on acreage, about 20 kilometres away from the restaurant and the views are just incredible every single day.
"And the weather – it can be 8 degrees up here at Peak then 17 when I get home, or there’ll be a raging storm here but it’s dry as a bone there.
"You really are up in the clouds here,” he says, gazing out from his geographically blessed pass.
"Some days you think it’s foggy but then you realise we’re just in a passing cloud and suddenly it’s clear again.” 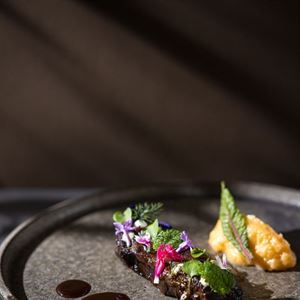 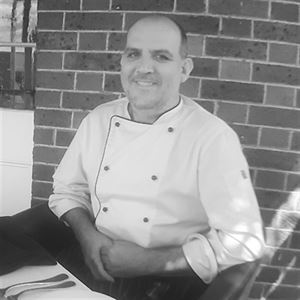 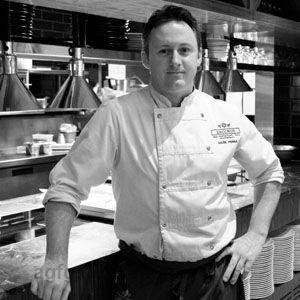 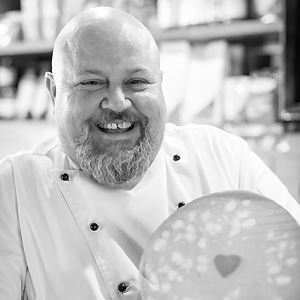