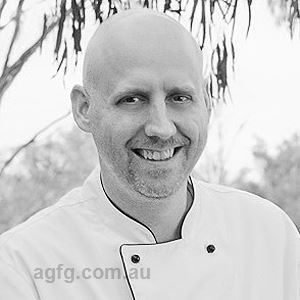 Dag Demarkow was born in Denmark and raised in Sweden, and spent much of his childhood surrounded and inspired by his mother’s cooking in their family-run restaurant.

Entering the workforce at 15, Dag began as a kitchen hand and catering assistant in various hotels in Sweden. At age 17 Dag commenced his apprenticeship in Denmark at ‘Hotel Marienlyst’ - a well-established hotel with over 150 years history - where he learnt the essential foundations of Danish and French cuisine.

After completing his apprenticeship, Dag took a position at ‘Gourmet Restaurant Taverne’ in Switzerland, where not only did he learn the essential skills of fine dining cooking, but was also taught the fundamentals of running a successful kitchen.

At age 23, Dag moved to London and worked at ‘The Rochester Hotel’, and later moved on to ‘Harrods Ltd’ where he spent the next three years expanding his knowledge of fine dining and retail operations.

January 1998 saw Dag make the big move to Australia. Settling initially in Mildura, he sought work in local restaurants before taking employment at a five star hotel in Hayman Island. Dag was second-in-charge for three years, and was mentored by Executive Chef Marcel Nosari, whom later coaxed Dag back to Switzerland at Swissôtel Le Plaza Basel to again become second-in-charge.

From June 2005, he had the pleasure to work with Anthony and Nola Murphy at Trentham Estate Winery and Restaurant for about 5 years. From 2010 he worked as a consulting chef in the restaurant industry and had over the next three years achieved success, including a new opening with the restaurant “Unwined” in MacKay, Queensland.

During Dag’s extensive career he has had the pleasure to cook for many well-known personalities including the Danish Royal Family, Princess Diana, Bill Gates, and Brendan Fraser just to mention a few.

Have you always wanted to be a Chef ?

Dag always wanted to be a chef, growing up running around the family restaurant kitchen gave him the understanding and passion for food.

When guests realise there is great food to be had in a rural area, not only the big cities and keep on coming back.

Salt! This is what makes our food taste good when used correctly. Ferran Adrià once declared salt "the only product that changes cuisine.” This is because, as he and all seasoned cooks know, sodium chloride not only adds saltiness, which human beings innately adore (because we need it to live), but it also skews the overall flavour to a positive effect. It makes food sing by suppressing bitterness, enhancing sweet and savoury, and turning up the volume on the aromas.

Currently, we are working on our Murray Cod sourced from our good friend from Trentham Cliff’s fishery. 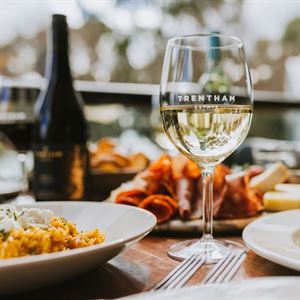