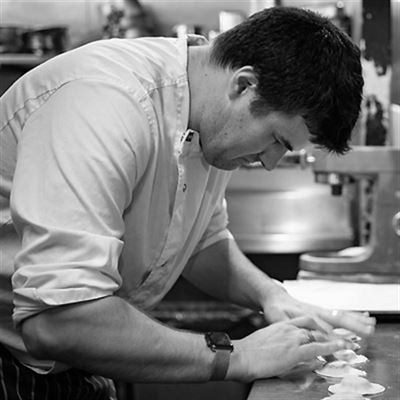 Born:
Perth, WA.
History:
I grew up in a small country town in the middle of nowhere, brought up on meat and three veg. Back then, going out to the local pub was something you only did on special occasions; and you always ordered a mixed grill. I’ve evolved from that small-town kid, as I am now the Head Chef at arguably one of the best Gastropubs in Daylesford, where I curate four seasonal menus a year and use my passion for food to highlight the produce of the region. Looking back, I never would have thought in 100 years I would be here, but here I am!
Have you always wanted to be a Chef?
When I was younger, I had a choice to stay in school or leave providing I had a job. One week later, I left school, moved away from home and found myself a job as an apprentice Chef. There were good times and bad, I found it hard being away from home, and living in a tiny room with space for only my bed and a small tv, but I had such a passion for food that I stayed. I think everyone wants to throw in the towel at one point or another, but eventually, you find yourself surrounded by a group of like-minded misfits, and you know that this is where you’re meant to be.
How would you define your style?
I’m known at work as being a bit of a "feeder”, I do think I have a homestyle sort of feel to my cooking, I really can’t stand people leaving hungry.
What is your feature flavour these days?
With our seasonal menu, it’s hard to say, but I love fresh herbs any season,
Obsessive-compulsive about?
Coffee and a clean floor.
Your greatest culinary influence:
My Nanna, she always taught me new ways to do things in the kitchen that I had never thought of or done before.
What do you love about the Farmers Arms Hotel Daylesford?
The freedom to try new things. The owners give us total creative control over the menu, which is really unique. It’s a really great atmosphere to work in, and there’s something special about watching your passions translate onto a plate. I also love being able to educate newcomers to the hospitality business, we have a really high rate of successful trainees and those who have moved up in our kitchen - it’s great to be some kind of inspiration to them and watch/help them succeed.
An ingredient you can’t live without:
Coffee… in more ways than one.
Most ‘eyebrow-raising’ menu item?
A very long time ago I made a chocolate pasta with a strawberries and cream sauce. We only made 15 serves and sold out that night.
Signature dish:
Tiramisu.

A blend of country charm and gastro pub fare attracts a loyal local following at the Farmers Arms hotel on East Street in Daylesford. Built in 1857, the Arms is the oldest pub in town boasting a rustic brick façade with trailing ivory and arched leadlight windows creating a warm, friendly environment to enjoy a diverse menu and wine list. Whether visiting or a local returning time and again, take a seat at the bar, intimate cushioned booths or soak up the sun in the beer garden, while sharing a tasting plate of croquettes, goats' cheese, olives and salmon gravlax. Steamed mussels with tomato, basil, chilli and char-grilled sourdough may entice, or delve into a Farmers' classic like braised lamb shank and creamy mash. For a sweet finish, try double a choc chip cookie with vanilla ice cream. 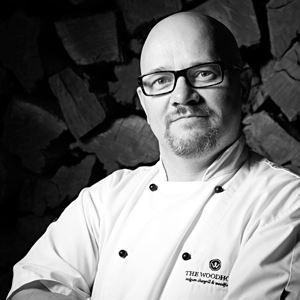 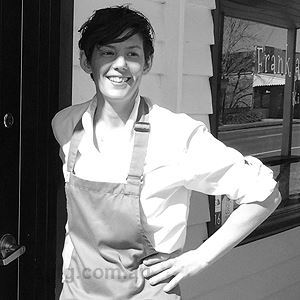 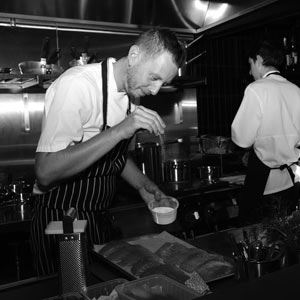