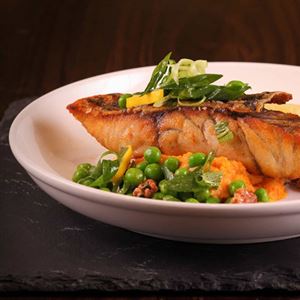 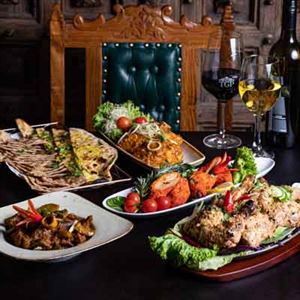 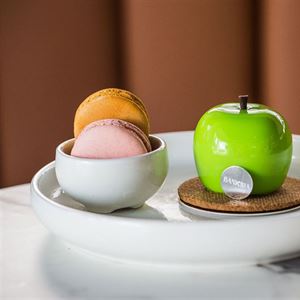 My experience with this restaurant was unfortunately not a positive one. Previously, before the name change, I enjoyed excellent service and food. I went to Cyren on November 27th 2011. The ambience is great of course, sitting on the edge of Darling Harbour and the seating is great for the most part, just try to avoid being seated in the bench seats in the middle during the day - the roof is glass and you are straight in the sun! Unfortunately the hot seat I was in was not the worst experience I had for this meal. In this one visit, our table received the wrong meal, our entrees were forgotten and arrived after our main meal and a drink that was ordered (twice) never arrived. When it came to service, while our waitress was friendly, I found it difficult to get her attention to order as she seemed to be looking after a massive area. Attempts to get the attention of other waiters that walked past were for the most part unsuccesful. The waiters whose attention we did manage to get, took a drink order, but the drinks never arrived. I also experienced the girl taking the money to be unfriendly. For the money, I won't bother trying this place again as there are lots of other good restaurants to try.

My husband and I went there last night for dinner. We had made a booking, so there was no issue getting seated quickly and had our drinks served to us straight away.
We were undecided as to whether we were going to get the meat or seafood platter, so we had ordered some bruschetta to start with while we made our decision. When we received it, it looked like they had put a whole tomato on top of a cold piece of bread with a sprinkle of onion. It was a disappointing starter.
We had asked one of the waiters about an item on the meat menu, for which he said he would get back to us (we are still waiting). When a second waiter came to us, we asked her if she would recommend the meat or seafood platter. She said the seafood platter was popular. We hadn't seen either platter come by, so we were unsure of what either looked like, so we took her word for it and ordered the platter. Once the platter came, we were also disappointed at the amount that was on the platter for $160. Literally 2 of everything 2 half lobster, 2 mussels, 2 oysters, 2 prawns, 2 calamari, 2 octopus' (you get the idea). There was a whole lemon sitting on the platter, which we didn't understand the purpose of it, as there were some lemon wedges already on the platter.
While the contents were nice. We just felt that for $160, there should have been a lot more to offer. We have eaten at other places at Darling Harbour, and purchased platters in the past for the same price, and have recieved a lot more, and also more quantities even though it is for 2 people.
We wish we just went with the meat platter.
When we were leaving, the girl who was doing the payments gave the man in front of us attitude because he did ask about where Jordons was. We felt that was a little rude, and also seemed to turn us off a little.
Overall, it was our first time eating there, and will more than likely be the last time. Such a shame.